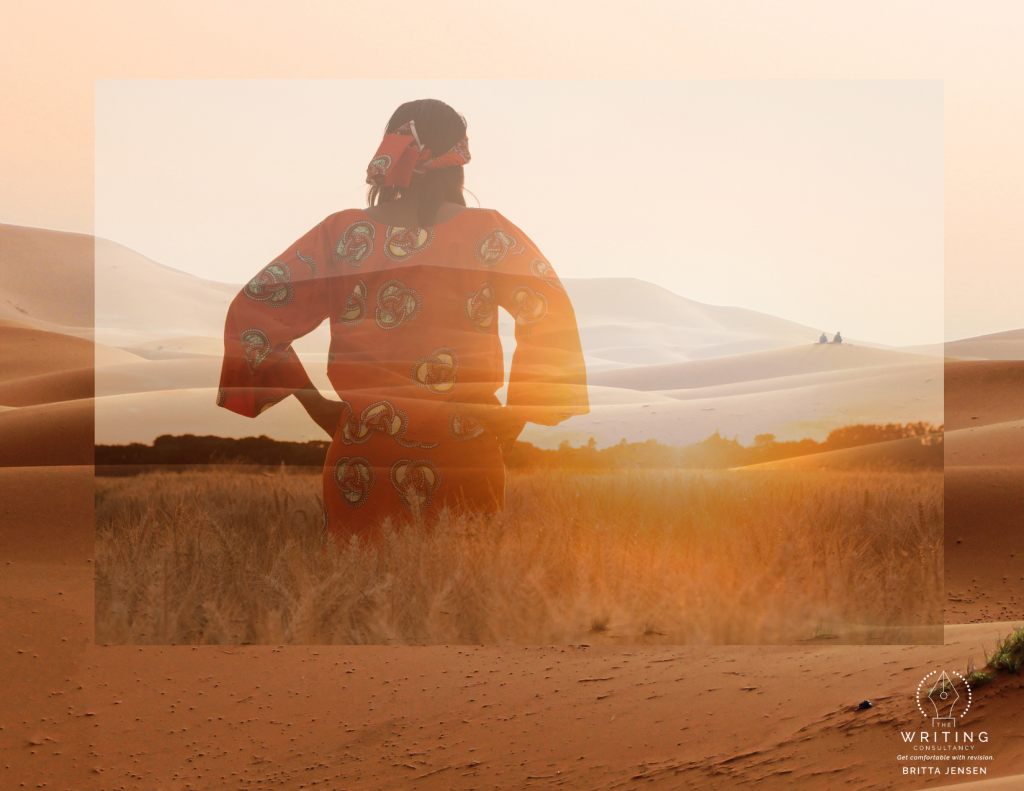 Last year an author told me that it was hard for him to dig deep with his characters because he wasn’t a very deep person. I’ve thought about this a lot as I meet with new authors as well as seasoned ones that yearn for their characters to leap off the page and into the hearts and minds of readers. My struggle, as both an editor and author, is how to give legitimacy to the characters we create while looking for ways to go deeper (without sacrificing pace and dramatic timing).

I started out writing as a poet and playwright. However, I mostly digested books first and plays second. I loved inventing elaborate backstories for characters in my plays (whether I was writing them or acting them out). Much to my director’s consternation, I was also well known for improvising my lines in the many plays I acted in. I knew there was more to that character’s story and my mind was primed to add to it, whether I had permission or not.

As an author, you have to give yourself permission to delve really deep. An important question to always ask yourself: what does my character want? Brene Brown says in Atlas of the Heart “I understood that people would do almost anything to not feel pain, including causing pain and abusing power, and I understood that there were very few people who could handle being held accountable for causing hurt without rationalizing, blaming or shutting down.” It’s important to know how your characters are rationalizing, abusing power, or shutting down. However, that is not enough. You must know why. The essential bridge I’m also proposing here is to examine why you shut down or avoid accountability. Knowing the ways in which you are avoiding pain gives you an essential tool to also investigate where your characters are emotionally and will help you identify what their motivations are.

What motivates your characters to get what they want? It’s hard to identify their motives without knowing our personal motivations and how our histories inform those daily actions. Being able to go deep isn’t a state bestowed by a fairy when you’re born. (I wish it were!) Instead, it’s a psychological deep dive. I’m constantly working a multilayered process of examining myself, observing others, reading how other writers handle the complexity of the human experience and trying to fold that emotional and layered depth into my characters.

Finding our character’s motivations takes time, investigation, and (for me) twice a year carving out a dedicated week of spending hours each day deep in the experience and world of my characters. I sit with their perceptions, write about what is fueling their journey, reactions and decisions. I use the exercises from my Character Mincer Workshop to delve into their emotional reality and layered history, as well as defining the objectives that are creating those emotions.

For example, for years I fought with Idris, one of the main characters in Orphan Pods, a novel I have on submission. Part of the reason Idris wasn’t talking to me was because I hadn’t given her sufficient time to open up. Her story is complicated, her history sometimes tragic. It takes time and wooing to allow that all to unfold. I had to really be still in the space and coax it out of her.

It was in Santa Monica, within earshot of the ocean, hunkered down deep in a character mincer at a cafe, that I finally felt her history in the factory, her parent’s demise and how she had shunted her emotions: “I liked running from my emotions a lot more than facing them.” I felt her pain, which I realized I had been avoiding feeling. More than that, I experienced how hard it was for her to imagine a bigger joy in the aftermath of having been one of the few to escape the factory she was enslaved in. She didn’t believe it was possible until she met kids her age who had a connection she needed, but was terrified of, because so much of her life and safety depended on swallowing extreme emotions, appearing tough and conserving her energy for long shifts in her hover taxi.

If I hadn’t sat with her for all those hours, all those days, I wouldn’t have had her specific personal history to continue writing and revising her narrative.

Make room for the internal and external world.

I would have discovered none of this without going deep and taking that time to write and draw the internal and external world of not only my characters, but investigating my own inner and outer world. Personal therapy and daring to go deep with my own emotions has helped a lot. Getting curious about why I feel what I feel in certain situations, and what from the past can inform the present is enormously helpful. There is always something fueling reactions and by being curious about my own, I often learn a lot about characters who might have a completely different backstory from mine.

One amazing therapist said, “our brains are very good at tricking us into thinking related experiences are the same. You’ll encounter something and your fight/flight experience is activated as the warning signs flash ‘Same! Same! Stop!”

But in reality, they may not be the same at all. Give yourself permission to explore both yours and your character’s psychology.

Where do they run a similar course?

Where do the two diverge?”

The act of going to therapy alone won’t help you get curious about your psychology. Many writers journal. Some find it helps them with anxiety, depression, or simply getting started with a project. I’d conjecture that it helps us to be really curious about how we see the world, what contributes to our ongoing emotional state and how our personal history informs our daily actions.

For example, I was bullied through most of K-8. By the time I reached ninth grade, the repeating advice “don’t pay attention to them” stopped being helpful. I saw my life change in positive ways when I learned to stand up for myself, because I was sick of being treated horribly. I quickly learned that you either had to be scary or appear eager to fight in order to scare off those looking for easy victims. Confrontations in my 40 year-old world occasionally trigger flashbacks to my skinny, cowering thirteen year-old self feeling like she is trying to navigate all her hardships by herself. Instead of avoiding those moments, I get curious about them. I write about them, and I try to see parallels in my character’s lives, if relevant.

Get curious about emotions.

Often where characterization falls short is when the writer isn’t giving themselves permission to explore their character’s emotions and reactions to stimuli. They’re so excited to plow through the plot (which is completely understandable in a first draft) that the inner world of the character can get lost or forgotten. However, in those second drafts and beyond, you want to give yourself permission to see the connection between “how we think, feel, and act,” (Brene Brown, Atlas of the Heart) which are the essential foundations of character and the key to their depth appearing on the page. Brown states, “what surprised me the most when I was growing up was how little other people seemed to understand or even think about the connection between feelings, thinking and behavior.”

It’s essential to plot, chart, or write out and uncover how your character’s actions, friends/family/enemies actions and the context of their world are affecting their behavior. Brown aptly points out: “Without understanding how our feelings, thoughts, and behaviors work together, it’s impossible to find our way back to ourselves and each other. When we don’t understand how our emotions shape our thoughts and decisions, we become disembodied from our own experiences and disconnected from each other.” Characters cannot operate on an island unto themselves, yet I repeatedly find myself telling authors that they’ve left their characters alone for too long in the context of the story, or that they’ve spent so much time building a world that the character seems to be wandering mindlessly without a true objective.

In essence, they’ve made it too hard for us to understand who the characters are when they are around other people. Or, we don’t know enough of their thoughts about the people in their life, nor do we see, in action, how they are shaping the character’s reality.

The layers of character

When you think of character, try to see it as an immersive experience, instead of a set of character profile questions (which are a great starting place, but a terrible place to stop). Imagine your character’s emotions in an active situation using active verbs (what they’re doing to get what they want) to help with understanding what’s fueling their behavior as well as the other main characters around them.

There are many theories about where emotions come from. CBT therapists state that emotions are the byproduct of our thoughts. Drama theorists teach actors that when you become a character you’re seeing the entire character’s experience through the lens of dramatic objectives, which will allow you to feel the character’s emotions. The famous Russian dramatist Konstantin Stanislavski methodically studied how actors worked in a laboratory-style theatre company in Moscow where he wanted actors to fully embody their characters and devised clear ways to do this. He actually overruled his earlier “method” acting for a much more systematic (and I believe, thorough) approach to safely embodying character that has been carried on in the laboratory acting of Jerzy Grotowski and Thomas Richards.

I mention all of this, not to send you down rabbit holes, but to help authors to see that characterization has myriad methods of exploration, but also that it requires layers of work in having enough of a sense of that character’s reality to fully embody them on the page, similar to the work an actor does to embody character.

Where language, emotions and character meet

Brene Brown says that “language shows us that naming an experience doesn’t give the experience more power, it gives us the power of understanding and meaning.” Ask yourself: what does my character want to name from their experiences? Where do they seek power? Where does power overwhelm them and where can they actively be a part of the power structure?

A character that comes to mind is Martha Wells’ Murderbot’s incredible understanding of the world around him, despite being a robot. He loves watching films and serials about humans, yet finds them incredibly irritating. What does your character gravitate toward as a result of their tastes and history?

A few guiding tips and questions to help you on this journey:

Your ultimate goal with your characters is to be able to shape what readers are feeling. Brown states, “we have compelling research that shows that language does more than just communicate emotion, it can actually shape what we’re feeling.” You want readers to feel what your character is feeling, to get close to them. I would encourage you to get curious about the psychology of your characters, pick up Brene Brown’s Atlas of the Heart, and work your way through her narrative on emotional experiences. Hopefully you’ll be able to see where you and your characters resonate with how Brown interprets the major emotions in our lives.

If you want to go on a more in-depth exploration with your characters, join my Deep Characterization Exploration Class for Fiction Writers on Tuesday nights at 7:00pm CST February 7-28, 2023. (This class is a part of a three-part series that will continue through to May 2023.) For more information and to sign-up go here. 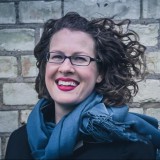